GW Instek launches the new ASR-3400HF Programmable AC/DC Power Source to augment the ASR-3000 series with the extended model. ASR-3400HF provides the same output capacity and function as that of ASR-3400. The only difference is that ASR-3400HF output frequency can reach 5 kHz (Crest factor = 4).

The AC output frequency of ASR-3400HF is up to 5 kHz, which is suitable for avionics industry equipment while operating at nominal 400 Hz, 800 Hz or up to 5,000 Hz for conducting immunity tests. 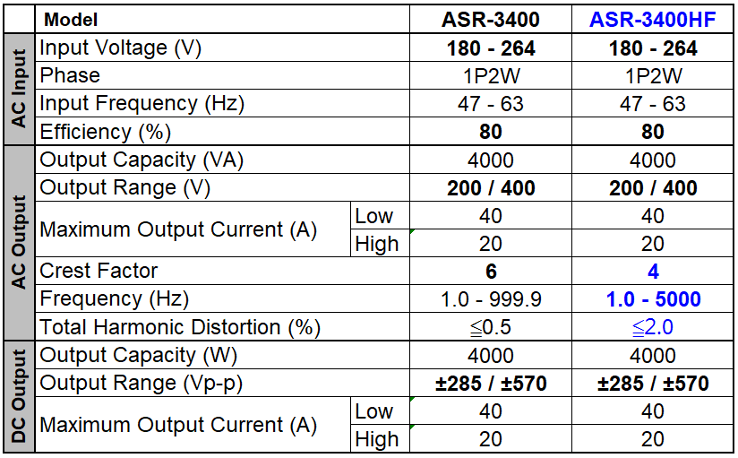